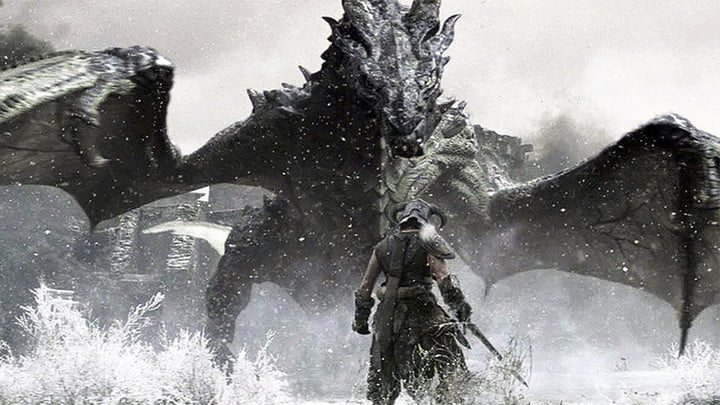 11 Things Only Skyrim Players Will Understand

Skyrim is a game that can be replayed over and over again and always feel like a fresh experience. Which is no surprise, considering the game’s massive size and mod support. Despite players the many customization options, there are certain things that every Skyrim player just gets.

Horses have been a staple in many fantasy games since well.. the beginning of video games. We’ve had trusty steeds like Epona from the Legend of Zelda series to Roach from the Witcher. However, none of these stallions can match the pure dedication and power that any horse in Skyrim offers.

Granted, Todd Howard previously noted that the development team put a lot of effort into making sure the horses in Skyrim feel as natural as possible. But he must have accidentally hit the switch that turned them into an unrelenting force of nature. Sure, your horse can gallop and hop over a fence. But can your horse defy gravity and casually climb up a sloped mountainside? Or go toe to toe with a giant and live to tell the tale? Skyrim’s horses certainly can!

Fortunately, the horses of Skyrim have never been fixed in any of the many patches. You’ll never find a horse more dedicated than a skyrim horse. They don’t even require any type of maintenance or love. You can hop on one and know that horse will do anything for you, and will achieve it by any means necessary

Skyrim’s Guilds and factions can sometimes get a little tricky to navigate. It can be hard to decide which one deserves your unyielding allegiance, be it from the crafty Thieves Guild to the murderous Dark Brotherhood. Regardless of whatever guild you align with, one thing is guaranteed: you don’t need a lick of experience to become the highest member.

In fact, it’s kind of baffling how easy it is to rise through the ranks of any guild. Sure, a few have rather in-depth quests and some promotions come from luck.  However, most of the time it seems like members are just itching to to give you a promotion. You can just casually be walking around and an apple can accidentally just roll to your feet and Brynjolf will run up to you and be like “Adventurer, you’re so good at stealing fruit. You should lead my guild!

3. I’m the master of eighty guilds, I overthrew a Jarl, I stopped world hunger, and created renewable energy… but you still hate me:

Even after doing literally every activity that an upstanding citizen would do, and rising through the ranks of every faction in Skyrim, people continue to treat you like dirt. One might assume that being the legendary Dragonborn would come with a little respect but don’t hold your breath.

That initial impression that NPCs have of you won’t change either.  While playing through the story, everyone eventually knows you’re the Dragonborn. But if you shout even once near a town a guard will run up to you, putting your shenanigans to a screeching halt.

Even in MMOs, NPCs will acknowledge your impressive feats… even if a million other real life players have done the exact same thing. But for a single player game like Skyrim to have no way for the NPCs to distinguish you from a run of the mill woodsman, just seems a bit baffling.

It’s a near guarantee you’ll start from being a no one to the savior of the entire land but you still can’t even get a discounted drink at a bar or tavern.

Skyrim blew the gaming world away when it was first released in 2011. Whether you like the game or not, it’s  impact on the open world genre is undeniable. Despite its impact, Skyrim’s voice acting leaves much to be desired. At least in terms of variety.

According to multiple reports and Skyrim’s own lead producer, Craig Lafferty, there are supposedly over 70 voice actors in Skyrim. (1)  However, it’s hard to believe that since it often feels like there are only three voice actors for every race . At least it’s a step up from the single person who voiced all of Oblivion.

But Bethesda usually casts some top notch voice actors for the more important roles, like Christopher Plummer as the Greybeard Arngeir [PHONETICS]. Yet, after the top two or three billed actors it feels like Todd Howard just went outside, grabbed three people, and asked them all to read over 10,000 lines of dialogue.

Or maybe Todd secretly records all of the lines himself. We secretly hope it’s just Todd hiding in a closet and recording all the lines.

It would have been silly for Bethesda to not include a fast travel within Skyrim. After all, it’s one of the biggest video game maps created. There are plenty of people who prefer playing the game by travelling via foot or on their unstoppable stead. That’s totally understandable. However, us weenies that prefer fast travel know the struggle of thinking it’s safe… but then it’s not.

In order to fast travel in Skyrim, you need to be free of enemies and out in the open. Yet there’s a 99% chance that you thought you were alone only to get the prompt “You cannot fast travel, enemies nearby” at least 200 times while playing, causing an instant annoyance or terror.  It can be something as simple as a crab trying to hop onto your back or, you know, a giant dragon just landing on you and trying ruin your entire day.

You can only carry so much in Skyrim. Still, we’ve all all been there–thinking “well you never know when I may need that extra dagger.”

It seems no matter how minimalist you are, it’s easy to just have too. much. stuff. Even using poor Lydia for the 100th time to carry everything for you… it inevitably happens–you’re overburdened, usually in the worst possible locations. There are times when we’d rather walk 5 miles than give up a precious dragon bone. But all of us have had to pay the price for being greedy in Skyrim.

The guards in Skyrim are… well not exactly the best in the world. They’re fairly easy to pickpocket, are super distractible, and will take any chance they get to make fun of you or complain about their job.

One of the most infamous lines is “Let me guess, someone stole your sweetroll?” At first, it appears to be a throwaway line but then you hear it again… and again… and again. You’re left wondering if someone poses a genuine threat to those sweetrolls. Or could it be that the guards are just that condescending to everyone who walks by?

Funny enough, the sweetroll joke runs through a few Bethesda games. (2)  A kid in Fallout 3 threatens to take the sweetroll that was given to you by Old Lady Palmer. In Elder Scrolls Arena, players are presented with a moral question: do you eat a delicious sweetroll or give it up to a gang of kids who are trying to bully you?

Maybe these kids ended up growing up to be the guards in Skyrim and just use the sweetroll joke to feel better about themselves.

Picture this: You’re running through a dungeon, swinging away at enemies and eventually you come across a master locked chest. Excitement builds, you know there is something sweet in that chest. There just has to be. You’ve got over thirty lock picks on hand, you’re feeling really good about your chances.

Attempt one, snap. Attempt two, snap. Attempt twenty… snap. But you refuse to give up, no matter what. On your 30th attempt, you finally unlock the chest. What’s your reward? Perhaps a sweet new weapon? Or a nice helmet? Nope, it’s one gold coin and a potato. It’s always one gold and a potato. In fact, I’m convinced that no master locked chest in Skyrim has anything else besides potatoes. The only thing more disappointing than finding a potato is finding…a bunch of lockpicks. Like some type of cruel joke for failing so much even trying to break the lock.

9. You NEVER should have come here:

There you are, minding your own business just trying to be your best Dragonborn self. Fighting some giants, picking some flowers, and attempting to craft some potions. Far off in the distance, you see a group of people.

You secretly hope they are friendly allies, but they aren’t. They never are. Then you hear, “You NEVER should have come here” and you have to chop them all down within seconds. Then you realize that yet again, you’re alone in the world. And you know what, maybe I DID want to come here and just make some new friends and NOT be hounded by a bunch of jerks!

Let’s face it, the followers you meet in Skyrim aren’t the brightest. 90% of the time they set off traps you wouldn’t had even touched, they will almost always get in your way, and somehow find a way to get lost. No matter what. You can be trucking along just fine in a wide open field, turn around, and all of the sudden Lydia has just vanished. Poof! Into thin air.

Maybe she just needed a break, maybe she was hungry, or maybe Todd Howard took her away. For a group of NPCs called “followers” only to do, well, the exact opposite of following is just plain silly. But honestly, we wouldn’t have it any other way. I mean, why would we want competent and trustworthy sidekicks in our adventure games?!

It seems like no matter what you do for the people in this game, you still get treated badly. You can literally save an entire town from meeting a fiery end, stop a civil war, or successfully bring balance to the realm. But it doesn’t matter what you do! As soon as you so much as breathe on a chicken, you’re going to jail.

If you even attempt to kill a chicken, people will lose their shit and will do anything to stop you. Maybe the chickens are a sacred figure in Skyrim, one that has brought peace and order to the realm. Who knows. After all, you’re just the Dragonborn. No one important at all. But hey, at least the chickens themselves don’t form an army and strike back at you like in Zelda.

4 Fortnite Weapons That Are Completely Overrated! | The Leaderboard